Growth of the semiconductor industry 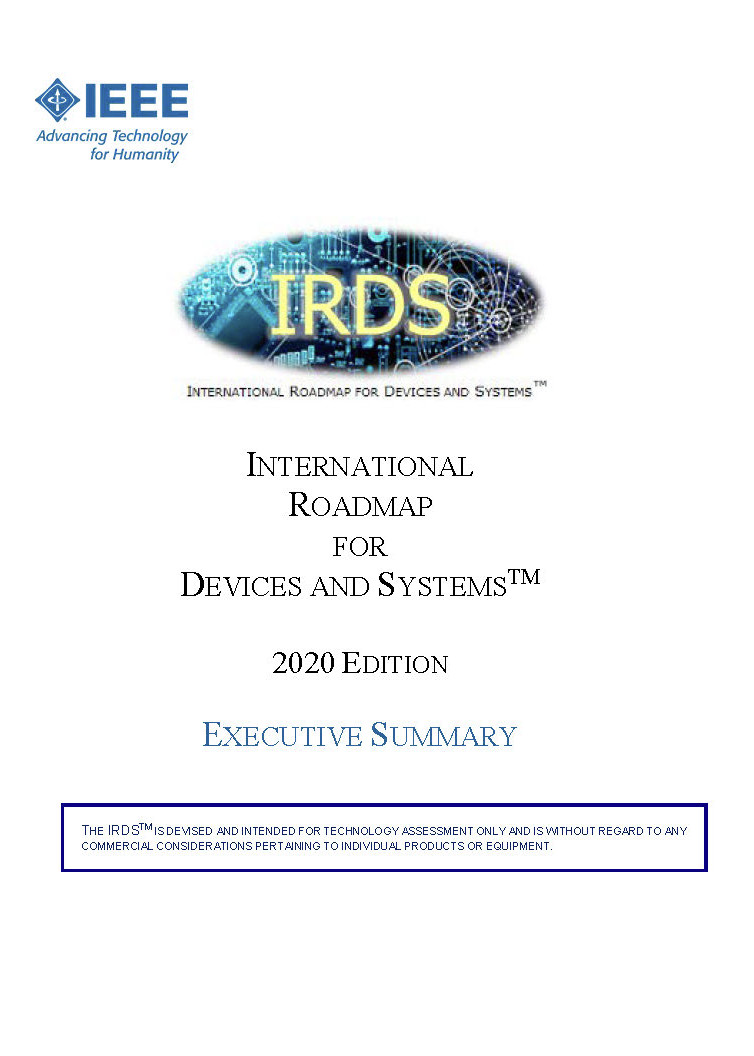 While the semiconductor market has shown steady growth for most of the last two decades, 2018 served as a reminder that even increasing demand for integrated circuits can’t shield the industry from market forces. Late 2018 saw a drop in demand for memory chips, which spread to other devices. This drop was part of the industry’s typical supply-and-demand cycle: end-market demand tends to come in waves, and when demand drops, prices and chip-manufacturing levels fall.

The drop in chip demand was exacerbated by the continuing trade disputes between the United States and China—a major producer of semiconductor devices and almost the sole supplier of rare earth metals. The combined effect was a drop in profits in 2019, from $467.1 billion in 2018 to $409 billion.

How is the semiconductor industry performing right now?

Despite a tumultuous year in 2019, the semiconductor market is expected to rebound in 2020, thanks in part to increased demand from the smartphone industry and the burgeoning 5G wireless infrastructure. As 5G networks are deployed, the technology will provide new service opportunities for mobile network providers and is expected to reach up to $1.9 trillion in economic output in the United States by 2035.

After a drop in demand in 2018 and 2019, annual unit-shipment growth in the smartphone market is expected to grow, partly in response to consumer demand for 5G-enabled devices. This will increase demand for semiconductor devices in the smartphone sector, with estimated chip sales increasing 7 percent after 2018’s significant 22 percent drop.

How is the semiconductor industry expected to perform soon?

While ongoing global trade tensions cast some uncertainty on the semiconductor market, consumer demand and the growing 5G, IoT, and AI markets provide plenty of room for market growth. By 2025, over 75 billion IoT devices will be installed and active at a global level, all of which will require semiconductor devices.

Artificial intelligence, another growth area for the semiconductor industry, is expected to be part of the ordinary landscape of daily life by 2025, according to industry experts responding to a Pew Research survey. As for 5G, the new mobile delivery service is on track to cover up to 65 percent of the world’s population by 2025 while handling 45 percent of global data traffic.

All of this represents opportunity for semiconductor manufacturers. The market for semiconductor devices is predicted to grow at a CAGR of 9.4 percent between 2020 and 2025. A growing number of foundries and consumer demand will encourage market sales, while both the IoT and AI sectors will generate demand for increased miniaturization, forcing changes to both semiconductor R&D and the manufacturing process.

With that in mind, let’s take a deep dive into the nature of the electrical and electronic components industry, the production of integrated circuits and other semiconductor products, and the materials that are essential to the manufacturing process.

What is the electronic components industry?

The electronic components industry is a broad sector responsible for the production of all electronic components, including integrated circuits, light-emitting diodes, high-speed fuses, switches, resistors, capacitors, relays, and circuit breakers. In addition, the industry produces products not directly associated with semiconductors, such as cathode-ray tubes and the luminescent materials used to coat fluorescent lamps.

What is the process for manufacturing semiconductor components?

The manufacturing process required to produce integrated circuits and other semiconductor devices is incredibly intricate, requiring hundreds of steps. During manufacturing, hundreds or even thousands of integrated circuit copies are formed on a single wafer of semiconductor substrate. Layering multiple circuit patterns on the substrate creates electrically active regions on the wafer, with each layer insulated from other areas.

Wafer production is the first step in the manufacturing process. Wafers are typically made from silicon, although germanium and gallium arsenide are also employed. To create a thin silicon substrate level, purified polycrystalline silicon is heated until it forms a liquid.

A “seed” of solid silicon is placed in the liquid and slowly pulled through the molten silicon. This creates a crystal silicon ingot. The ingot is ground to a uniform diameter and cut into ultrathin wafers using a diamond-toothed saw.

After cutting, wafers are ground smooth and chemically polished. They may then be used in the wafer-fabrication process. It can take up to a month to form integrated circuits on a wafer.

First, the wafers are exposed to pure oxygen in diffusion furnaces to form a silicon dioxide film on the wafer’s surface. Then a photoresistor film is applied. A strong light is shone through a prepared “mask” outlining the shape of the circuitry, imprinting the pattern on the now light-sensitive wafer. The wafer is baked to harden the pattern, then exposed to a chemical solution to etch away any areas not covered by the photoresistor film.

To improve the conductivity of the silicon substrate, the wafer is then subjected to doping. Doping adds substances, such as boron or phosphorus, that bind to the silicon and alter its conductivity characteristics. Boron produces P-type (positive) semiconductor devices, while phosphorus produces N-type (negative) materials.

All four steps—thermal oxidization, photoresistor masking, etching, and doping—are repeated multiple times until all active layers have been formed and the “front end layer” is complete. Individual components are then interconnected using metal and insulating depositions. Once complete, a final protective layer is used to protect the integrated circuit from environmental damage. Openings in this film are used to connect the circuit to other electronic components. Finally, each chip is tested for proper function.

What materials are needed to manufacture semiconductor components?

Throughout the complex semiconductor-manufacturing process, a wide range of materials is used. Below is a list of the most frequently used materials in chip production.

What are the largest semiconductor companies?

The largest, most successful semiconductor companies at present include the following:

What do the top semiconductor manufacturers have in common?

The top semiconductor manufacturers tend to be broadline companies with a focus on and commitment to research and development that outstrips their competition. While supplying existing customers with needed semiconductor devices, the best companies look to the future and the developing fields of AI and IoT.

The best semiconductor companies also value internal industry regulation; after all, they deal in a market where success and improved performance are determined by nanometers. This has implications for the future: at present one of the most important developments in the market, the rise of IoT, is highly unregulated, with multiple systems requiring highly unique semiconductor devices. The inherent need for regulation within the semiconductor industry will hopefully push IoT into more standardized formats.

What are broadline semiconductor companies?

Broadline semiconductor companies favor production of a range of devices for use in multiple industries, most notably the automobile, telecommunication, and consumer product sectors, rather than specializing in devices for one market. Generally structured as corporations, broadline semiconductor companies tend to do well in comparison to the overall market, if only because they refuse to put all their metaphorical eggs in one basket.

Examples of successful broadline semiconductor companies include Intel, Texas Instruments, and Maxim Integrated Products, the latter of which supplies a range of analog, linear, and mixed-signal products.

While the semiconductor industry is set to recover from its poor showing in 2018, it must be remembered that the future holds potential challenges as well as potential growth. The ongoing trade dispute between China and the United States could affect the industry in multiple sectors, while the need to improve semiconductor manufacturing and reduce the environmental impact of semiconductor device end-of-life cycles is ongoing.

Where are challenges facing semiconductor manufacturers coming from?

Semiconductor companies are especially vulnerable to impact from the China-US trade dispute. Not only do the two countries represent enormous markets for semiconductor devices, their ongoing dispute threatens the industry’s ability to access rare earth metals.

Rare earth metals are used in products as varied as electric car engines, hard drives, solar panels, wind turbines, and the lithium-ion batteries that power most mobile devices. At present, China produces most of the world’s rare earth metals and could conceivably restrict access to rare earth-metal supplies to put pressure on trade rivals. The result would be a shortage that could affect the supply chain of both the semiconductor and electronics industries. Alarmed at the prospect, some companies are stockpiling rare earth metals in anticipation of potential shortages.

How is technology transforming semiconductor design and manufacturing?

Demands for increased miniaturization are putting financial pressure on the industry’s research and development teams. The average integrated circuit design cost has risen from $30 million for twenty-eight nanometers to $80 million for fourteen nanometer circuits. That expense is expected to rise as high as $120 million for ten nanometer devices. Such costs put pressure on the industry to find more cost-efficient ways of dealing with miniaturization, such as the use of system in a chip to maximize performance while taking up minimum space.

What are some solutions for success in the semiconductor-manufacturing industry?

Incorporating IoT and AI applications into the manufacturing process helps semiconductor companies leverage data analytics for decreased costs and increased productivity. Such analytics focus on the streamlining of design and production methodologies but are expected to influence engineering management in the future in order to uncover further improvements in design and decision-making processes.

Use of artificial intelligence indicates an industry-wide movement to the “cognitive age,” where sensors trigger manufacturing and production decisions based on machine cognition. By adopting the best IoT and AI have to offer, the semiconductor industry can benefit from the very systems the industry makes possible.

Interested in learning more about semiconductor manufacturers? Consider reading the International Roadmap for Devices and Systems (IRDS™). The IRDS™ is a set of predictions that examine the future of the electronics, semiconductor, and computer industries over a fifteen-year horizon. It encompasses a number of critical domains and technologies, from application needs down through devices and manufacturing. Join the IRDS™ Technical Community to download the roadmap and stay informed of our latest activities.